So yesterday after work I went in search of one of those “wallwart” multi voltage power supplies, the only one I could find at the local mall was a fancy switch mode power supply that put out up to 2.5amps but it cost R 199 a little over budget. A visit later to my in-laws saved the day when my father-in-law found a box of the little wallwart’s in the garage that he inherited, I grabbed a few in case one of them didn’t work and took it home.

I scratched through my parts bins and found a DC jack that the wallwart’s plug fitted and a few bits of wire and I was ready.

First job was undo all the screws on the radio and get it open, once open I quickly traced all the wires and worked out where on the board they all go. The plan was to wire the jack in so that when the plug was in it would disconnect the battery and run off the wallwart but when you remove it, it’ll work off the battery again. 20 minutes of soldering, cutting, wire stripping and fiddling with various screws and it was done.

I double and?tripled?checked everything with my multi-meter so that I didn’t blow anything up when I plugged it in, stood back and switched it on… and didn’t let out the magic smoke. After the successful switch on, I drilled a hole in the back to mount the jack, routed all the wires round the board and put it all back together. 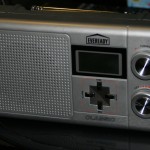 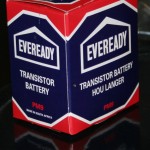 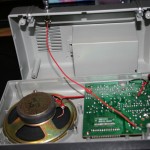 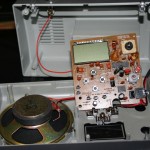 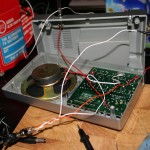 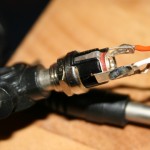 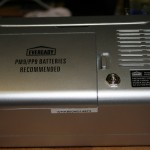 Radio Back with Jack

Close-up of the Jack 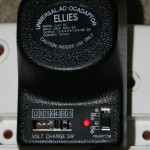